On Saturday the 7th of October, we excavated a bunker in Hanstholm in cooperation with the Occupation History Society (BSTH). The bunker is located on Helshagevej in Hanstholm and accommodated a 10.5 cm cannon and its crew. The bunker is of the type Regelbau Fl 243.

We chose to excavate this bunker because we have not previously excavated a bunker of this type and the types drawings we know of differ a lot.

The excavation of the crew bunker yielded no spectacular results, but we learned a lot of new things. 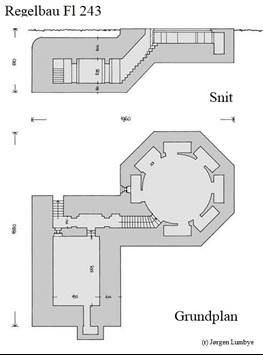 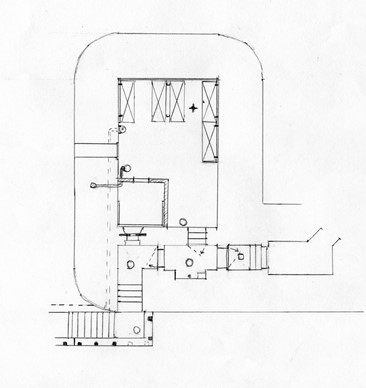 The German bunkers were standardized constructions, and our bunker was of the type Regelbau Fl. 243. The excavation, however, showed that the bunker did not correspond to the standard drawings, as the crew part had been turned 180 degrees relative to the gun position. The entrance was thus on the opposite side, of what one would have expected.

The floor space of the crew room was 30 m2 and there had been bunks for 16 men. 15 of the soldiers slept in three-level bunks. The 16th man, the non-commissioned officer, had a small room for himself with a floor area of 4 m2. That means that the remaining part of the crew had a floor surface of 1.7 m2 per. man!

The walls behind the bunks had been coated with Masonite plates to insulate against cold from the concrete. The bunker had been heated by an iron oven, which was gas-tight. The bunker was ventilated with a hand-operated air pump, which had a capacity of 1.2 m3 per minute. As expected, the bunker had been thoroughly cleaned out - we did not have the same luck as in 2015, when we found two machine gun mountings which had been forgotten.

However, we made some small finds, and some of the best-preserved finds were done in the anoxic water in the drains. 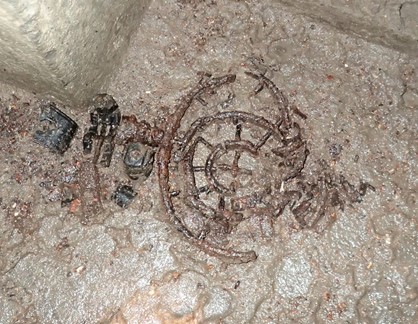 The inhabitants of the bunker hadn’t left many artifacts. The potentially best find was an antiaircraft sight for a machine gun type MG 34. Unfortunately, it was found on the damp floor of the gas lock, so it was completely rusted and crumbled in many pieces. 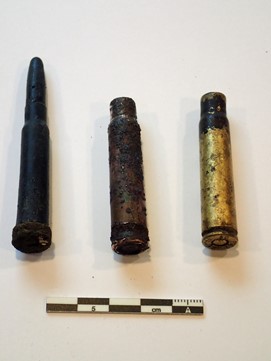 Other weapons parts included cartridge cases without projectiles. On the one cartridge cases, the primer had been perforated and the cartridge had obviously been fired. On the other, the primer was intact, but the rim of the cartridge was somewhat deformed, so the projectile had probably been wrenched off - to get to the powder? Moreover, we found a practice cartridge made of bakelite - used for training loading of a gun without danger of accidental discharge. We also found a toe plate from a German boot and one half of a wooden clothespin. 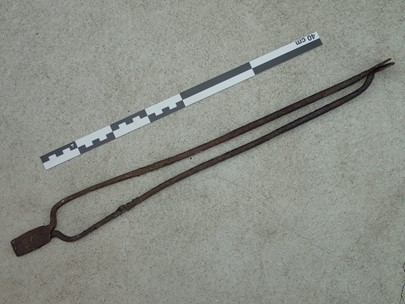 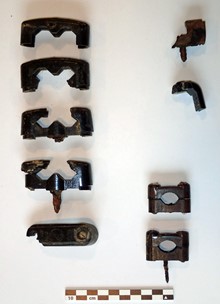 We also found small parts of the furniture, among other things a fire-tongs. Also, numerous cable holders which had been mounted on the walls and ceiling were found. The cable holders are made of bakelite, and four different types were found in the bunker. 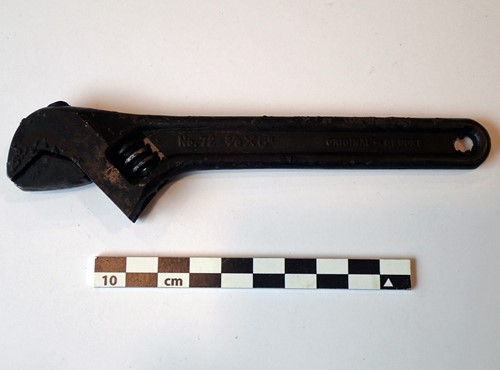 We also found some objects, which were probably left behind by the people who cleaned up the bunker after the war. The best find was an adjustable spanner, which, after having been stored in diesel oil for a week's time, is ready for use again. The spanner was produced by the German firm “Gedore”. 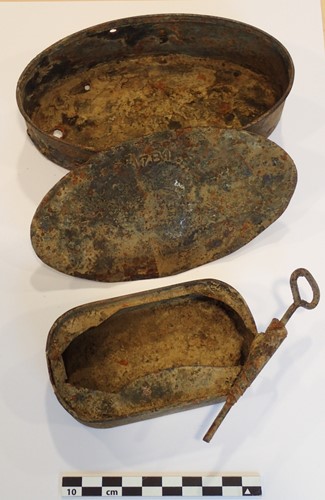 In addition, we found traces of the workers' dinner, in the shape of tin cans for kippers and sardines/mackerel as well as several beer capsules and the capsule from a milk bottle. 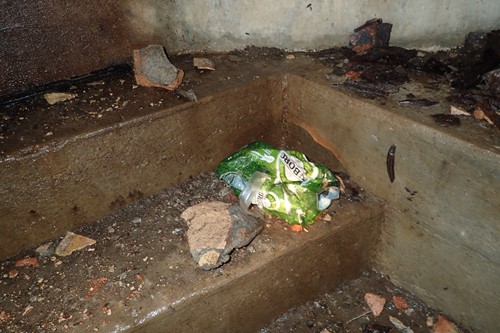 Finally, we found out that even though the sealing of the main entrance was still intact, that some shady types had visited the bunker in recent times. That was demonstrated by a beer can and plastic wrapping from six-pack found on the stair leading up to the gun position. Somebody had broken a hole in the bricked-up entrance from the gun position.