Mine barrage in the Skagerrak

During World War II, the German Navy laid a mine barrage in the entrance to the Skagerrak, between Kristiansand and Hanstholm. When the war was over, the Germans had laid a total of 8,810 mines and 4,298 protective buoys in the Skagerrak.

The object of the mine barrage was to prevent Allied warships from entering the Skagerrak. Keeping the British Navy out of the Skagerrak was crucial to Germany throughout the entire period of occupation, since if it had lost control of this waterway, the link between Germany and Norway would have been placed in great danger.

The first mines to form the barrage were laid during the night between 8 and 9 April 1940, and five minefields (I–V) containing a total of 1,642 mines were laid during the rest of that month. An opening measuring approximately 10 nautical miles was left near the coast at each end of the barrage, and German ships were able to pass through these openings without the risk of hitting their own mines. The openings were guarded on both sides of the water by guns on shore and by guard vessels at sea.

The mine barrage was reinforced periodically throughout the remainder of the war – as late as April 1945, attempts were made to lay additional mines. One reason why mine-laying operations continued in the Skagerrak was that the German fear of an Allied attack in the area escalated throughout the war. Another important factor was that reinforcements were necessary if the barrage was to continue to be effective. Naval mine barrages have a limited service life, as tides and currents can either pull the mines loose or cause them to explode. In addition, some mines were also equipped with batteries, which only lasted a certain length of time.

The clearing of the mine barrage was initiated immediately after the end of the war, and the Skagerrak was declared free of mines as early as 1946. Yet even today, fishermen still come across the remains of the minefields when they find sinkers resting on the seabed. 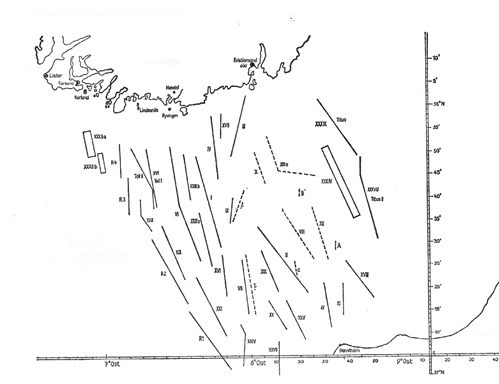