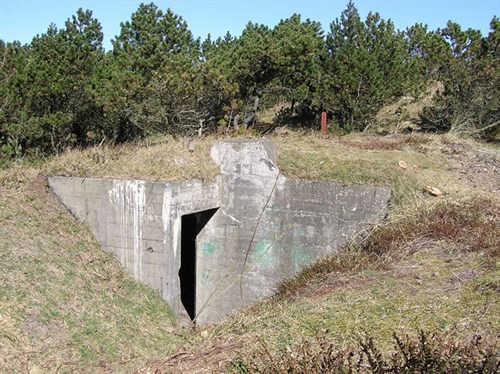 This relatively simple bunker is thought to have been built in 1941, and probably served as storage for emergency rations for the 38 cm gun battery.

There were no kitchen facilities in the four bunkers that actually housed the guns. Meals for the gun crews were prepared, and to some extent also eaten, in a large kitchen further up the road (in a building that now houses the local district heating plant). If the battery was in action, the crew would be unable to leave, and they therefore needed access to emergency rations.