Bunker for 3,7 cm anti-aircraft gun. In the late summer of 1941 four bunkers were constructed to protect the guns of the 38 cm battery against low-level air raids.

The walls of the bunker are only 40 cm thick, and therefore the bunker was taken out of use in 1943, when new, bombproof bunkers with 2 m thick walls. Subsequently, the bunker was most likely used as living quarters and ammunition store.

The 3,7 cm gun was placed on the concrete slab in front of the entrance to the bunker. The bunker could accommodate 10 men. 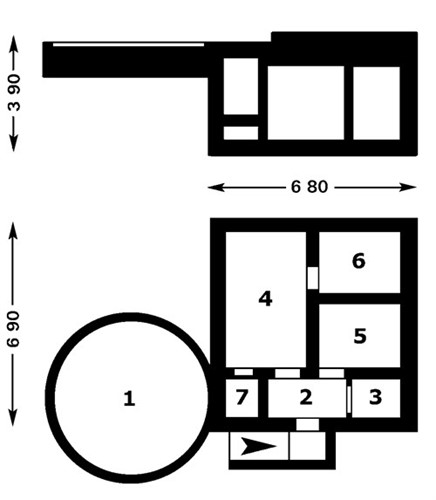 The Flak-gun was placed on the concrete plate in front of the entrance to the bunker. The crew room had space for ten soldiers.