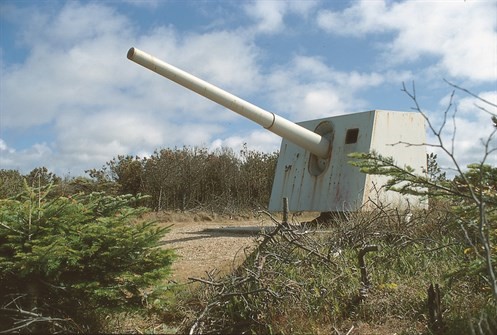 German naval gun: 15 cm S.K.C/28. This type of gun was put up in many various types of gun carriages. This particular gun is placed in a coastal artillery carriage, model 1936, Küst MPL C/36. This type of gun was constructed by the German firm Rheinmetall-Borsig. But the actuel gun has been produced at the Skoda factories. The production number is 1457, and it was originally emplaced in a German coastal battery at Hesbjerg in northern Zealand in the Fall of 1944. 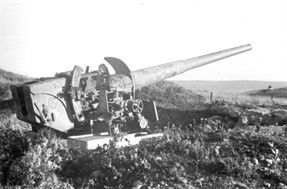 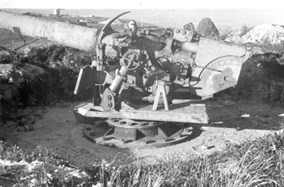