From the embrasure it was possible to cover the road leading from the beach inland, and thereby the bunker could protect the battery against infantry attacks from that direction. The wall oriented towards the sea was particularly strong and prolonged as kind of nose, thereby, the embrasure was protected against heavy fire from this direction.

The single room of the bunker housed a stove and bunks for two men. 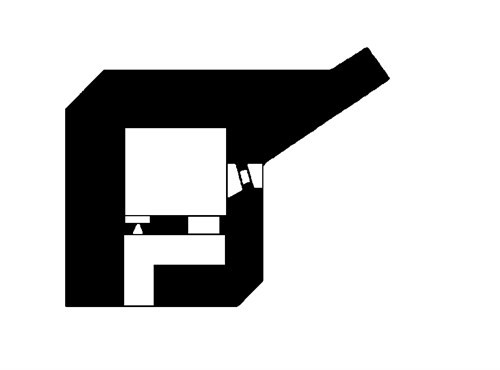