The powerhouse bunker was meant for providing the battery with current, if the supply from civilian grids should be cut off.

The bunker had the German number 1100 MZ; the walls and ceilings were 1 m thick. Constructing the bunker began in the summer of 1941. In March 1942 it was all in all finished; however, in May 1942 the large generator had not yet been delivered.

The bunker contains a machine room, a room for fuel, a room for cooling water and a ventilation room. Moreover, the bunker had accommodation for three men.

In the bunker there was a 200 h.p. diesel generator. 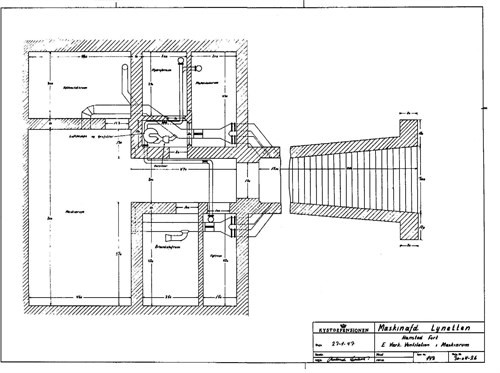