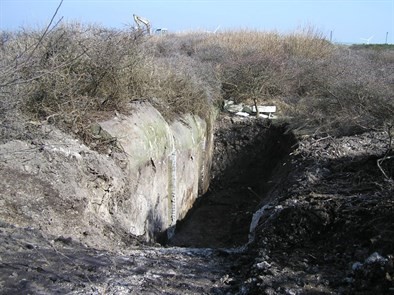 This crew bunker is of the Regelbau 668 type, constructed in May 1944. It was designed to house some of the soldiers assigned to duties of protecting the battery against attack by enemy infantry.

The bunker contained bunk beds for 6 men, and was equipped with a heating stove and a hand-operated ventilation apparatus. 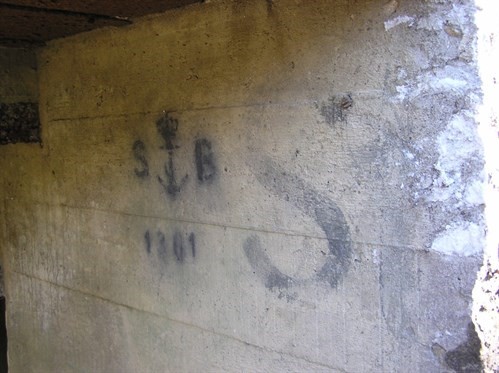 Paintings in the entrance of the bunker.
To the right "St" which is an abbreviaton of "ständig" meaning that the bunker was bomb proof.
The anchor and the crown are the logo of the Danish Navy. 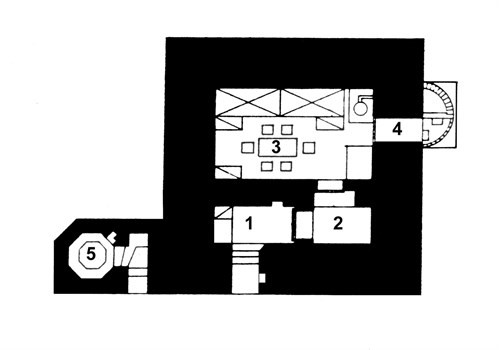