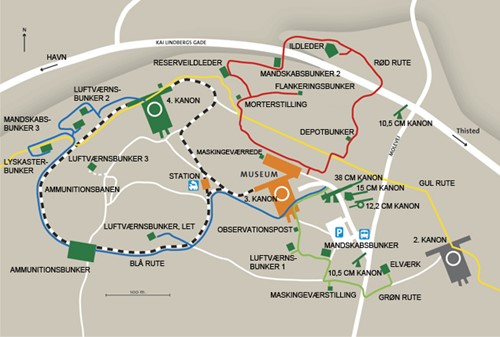 The westernmost of the 38 cm battery’s four gun bunkers, gun no. 2, is placed about 250 meters northwest of the museum bunker.

The bunker is identical with the museum bunker, but it is a ruin without lights and equipment. Bring flashlight if you want to go and explore it!

The entrance to the ammunition section of the bunker. Caution:In the summer months, there is the museum train!